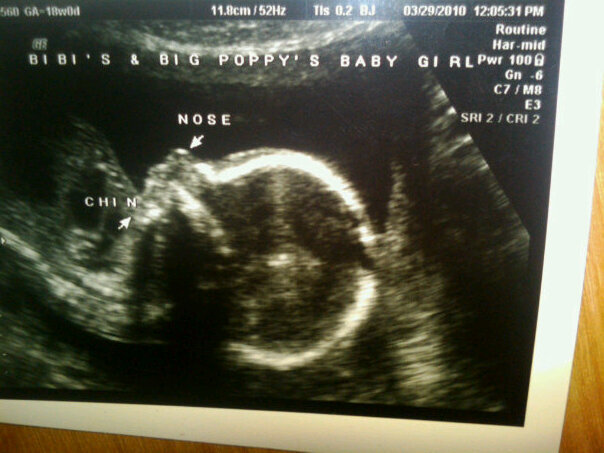 This is the story of giving birth from a father’s harebrained outlook. I have two wonderful children, McKinley and Hudson. My wife, Katie, did 99.9% of the birthing work. Here is the story of child-rearing from my point of view:

Fathers have been going through the joy of finding out their significant others are pregnant since the beginning of the human race. Katie and I continued the time-honored exuberant tradition of finding out we were having a baby in late 2009.

The National Institute of Health states pregnancy tests started as early as 1350 B.C. The Ancient Egyptians urinated on wheat and barley seeds. If the wheat grew it meant there was a girl baby and if the barley grew they thought it was a boy. If neither grew, the Egyptians decided the woman wasn’t pregnant. Katie and I didn’t attempt the wheat and barley test.

In the Middle Ages, there were actually people known as piss-prophets that claimed they could diagnose different diseases and conditions like pregnancy by the color of a woman’s urine. If it was a “clear lemon color and cloudy on the surface,” they declared that you were pregnant. Katie and I did not use a piss-prophet.

During the 1920’s, doctors injected women’s urine into rats to test for pregnancy. If the woman wasn’t pregnant, there wouldn’t be a reaction by the rat. If she was pregnant, the rat would react like it was in heat. We didn’t inject Katie’s urine into any rats.

In the 1970’s, pregnancy tests first became available to be purchased and tried at home. The home pregnancy test allowed women to take the test in the privacy of their own residence, while taking an active role in their own health care. Katie and I went this route. In fact, Katie took several do-it-yourself pregnancy tests that winter of 2009.

Katie and I were married in October of 2008 and spent most of 2009 trying to get pregnant. There were ovulation calendars. There was rushing home because ovulation was at its highest rate. If Katie was having a Mittelschmerz, I knew I better get home to perform my duty. Ovulation felt more like matriculation to me as the year wore on.

Thanksgiving of 2009 had passed and Christmas was drawing closer and we had no luck so far. One day Katie called me home from work. We had tried some cheap, generic drug-store pregnancy tests in previous months, but they all came back with one negative line.

Katie rushed me into the bathroom of our old house in the Ardmore neighborhood of Winston-Salem. She spent the next three hours in that bathroom. Luckily, we had just renovated it from a very tiny bathroom to a much more spacious area, so she was more comfortable in her frenzied state of mind.

With shaky hands and tears in her eyes, Katie showed me the generic pregnancy stick. I looked at it, but I could only see one line. There was the possibility of a second line but it was very faint. Katie said, “No! There are definitely two lines there!” We went back and forth like this and then she took the other test in the box. It looked the same to me, and Katie now had her own doubts.

She sent me to get her a full glass of water and then to CVS to get another pregnancy test. While I was gone, Katie drank several glasses of water. I had no idea what box to get, so I ended up picking out one that showed pink for positive and blue for negative. I got home and Katie was ready to go. She went and tears swelled up her eyes when she saw the result. Unfortunately for me, I am color blind. I really could not tell if it was pink or blue.

After some more arguing about the color, I went back to the drug store. This time, I was too embarrassed to go back to CVS, so I went to Walgreen’s. I just started throwing different boxes into the basket. I am pretty sure there were boxes of all sorts including: First Response, Clearblue, E.P.T., UPS, DMX, KFC and many more.

When I got home, Katie tried them all. There was water chugging, peeing, water chugging, peeing, repeat. I am a bit of a germophobe, so having to repeatedly handle the pregnancy sticks made me a bit uncomfortable. Our bathroom sink counter was filled with tests of all different shapes and sizes. The good thing was they all showed two lines, or pink, or a plus sign and Katie was definitely pregnant.

That day Katie drank several gallons of water and either peed or cried it all out. We spent over a hundred dollars on pregnancy tests to prove that we would be having our first child. Less than nine months later, Katie gave birth to McKinley on August 22, 2010.

2 thoughts on “Birth: A Father’s Perpective”