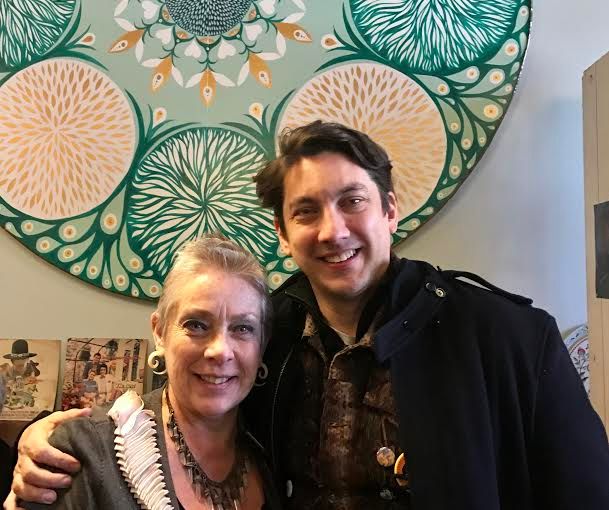 Last week, I met up with Matthew Bivins, vocalist and multi-instrumentalist of Jump, Little Children, for breakfast at Mary’s Gourmet Diner. We were joined by the diner’s owner, Mary Haglund, for much of the meal, and I was able to sit back and enjoy as Matt and Mary talked about Winston over my delicious meal of Eggs Benedict. I had already done blogs on Jump, Little Children (blog link) and Mary (blog link) previously, so it was great to reconnect with them for brunch. 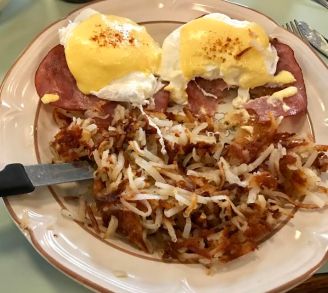 Mary and Matt had a lot in common, which included their love of the Lighthouse Restaurant and a former Winston mainstay restaurant, The Rainbow Cafe. They both spent time working at The Rainbow along with other Jump band members, Jay Clifford and Ward Williams, and Mary remembers hearing Jump perform on the back porch when the band was just starting out. Matt grew up right up the street from the restaurant on Second Street, and his cousin was married to the former owner of the restaurant. 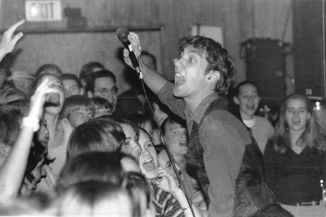 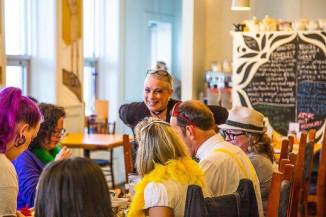 Matt and Mary also spoke a lot about The Lighthouse and its founder Nick Doumas, who passed away in October in an ATV accident. I grew up going weekly to The Lighthouse, since it was just a rock’s throw away from my West End house, so I was really interested in this portion. Mary worked at the Lighthouse for a long time, and she remembers waiting on my parents when my mom was pregnant with me. Matt’s dad, John Bivins, was good friends with Nick and they would go on hunting trips together. John also designed the sign that still hangs up outside the restaurant.

The two spent most of the brunch talking about their love of Winston-Salem. Mary is a transport here from Gary, Indiana, while Matt grew up here and now lives in Chicago. They agreed how special of a place it is here in Winston, especially how the city focuses on the arts. Matt spoke about his desire to potentially move back to the area and Mary tried her hardest to encourage him. 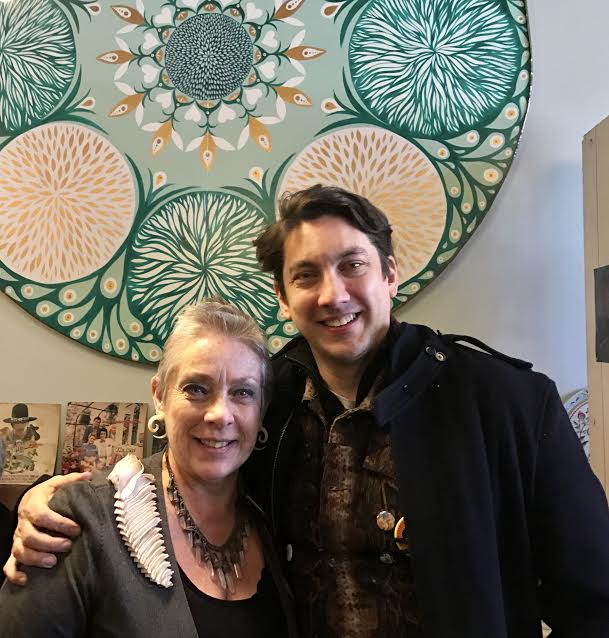 Jump, Little Children is going back on tour in April, and Mary plans to go see them in Chapel Hill at Cat’s Cradle (click here for tickets). I was lucky enough to be surprised by my wife with tickets to the Highwater Festival in Charleston in April. So I will get to see Jump play with some of my favorite bands like The Avett Brothers, Nathaniel Rateliff and the Night Sweats, The Shins, and Shovels & Rope.

In 2017, I will be Uberring throughout Winston and writing about it. Each month, I will collect donations for different Winston organizations. For the month of January, all of the donations will go to The Forsyth County Humane Society. Lookout for me on the road, and on your Uber app!