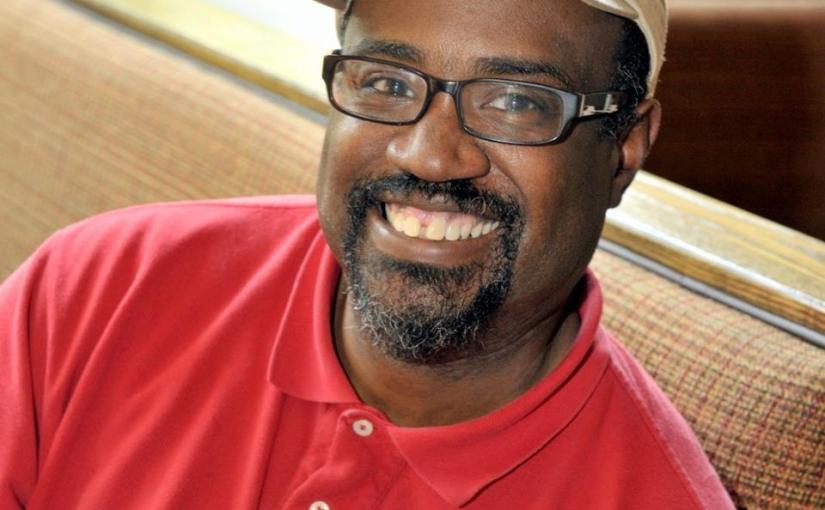 In addition to celebrating Winston-Salem natives that have moved on to do significant things outside of Winston, this blog will also celebrate local people who make a difference currently in Winston-Salem.

There would be no Smitty’s Notes (website link) without Jeffrey L. Smith. In 1997, when e-mail and the internet were in their early period, Smith started sending emails out to friends about what to do in Winston-Salem. It caught fire with his friends, and as a joke he called it Smitty’s Notes. A year later the Winston-Salem Journal caught wind of the event’s calendar by Smith and put a column about Smitty’s Notes in their newspaper and it took off and is closing its second decade of letting our community know what is going on each week. 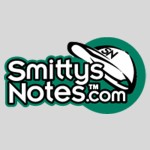 Our community doesn’t have many better advocates than Smith. Though he works in Greensboro as a litigation paralegal for Syngenta, he has always been a Winston resident (except for his time at Elon College and his first three years of life in Belmont, NC). He was one of the first people to move to Downtown Winston, when he moved into Albert Hall eighteen years ago, and he has devoted his life to promoting our city.

Next year will be the 20th anniversary of Smitty’s Notes, and Smith has several events planned to celebrate the year. “Where we started from in 1997 to today is so different,” said Smith. “There is lots of civic pride and downtown has exploded. I’m proud to say we are moving forward as a community!” Smith has also been involved in the community as a member of the Winston-Salem/Forsyth County Arts Council, Downtown Winston-Salem, the Millennium Fund boards and the Winston-Salem ECHO Foundation.

He has his own unique story to tell too about his time in Winston. In the late 1960’s, Smith went to Skyland Elementary for his first year of schooling in Winston, which was one of the last segregated schools in our community.

In 2009, Smith was diagnosed with Multiple Sclerosis. He wasn’t feeling well one day at a conference, and he checked himself into the hospital after calling his dad. They did a MRI and he was diagnosed with MS. Smith took a month off from Smitty’s Notes and most people probably wouldn’t have gone back to it.

“I realized I could still do it,” said Smith. “I might not be able to do it as fast, but I still get it done.” Winston-Salem as a community is lucky that Smith kept Smitty’s going. 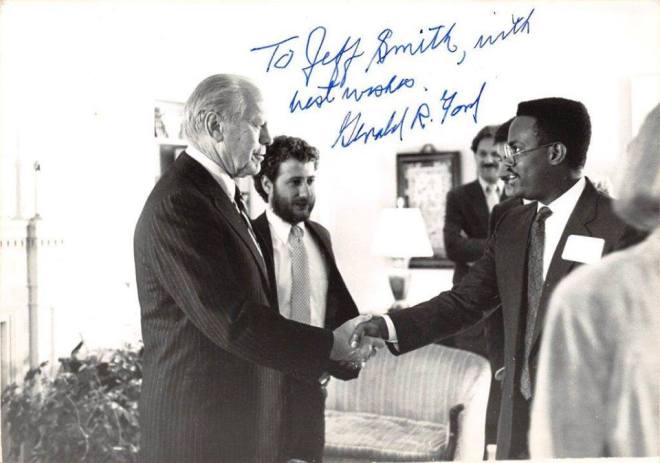 Smith used a walker for a year, but he worried about its safety so he switched to a wheelchair and is happy he made that switch. “Syngenta has bent over backwards to make it as handicap accessible for me at work and they have been great to me,” said Smith.

Where all did you go to school growing up in Winston and did you have any special teachers?
I went to Skyland for one year, to Kernersville Elementary, and then Brunson for two years during elementary school. I went to Wiley for 7th and 8th grades, Carver for 9th and 10th, and then finished my last two years at East Forsyth. It was good and bad to switch schools so often. It was good because you met a lot of new people, and bad because sometimes you would be separated from the friends you made. My first grade teacher, Ms. Sharpe, also taught my dad, and she was great. I also loved my art teacher, Mr. Idol, at East. He was my Key Club adviser, and I became a Lieutenant Governor of the North Carolina and South Carolina Key Club through him as a mentor. 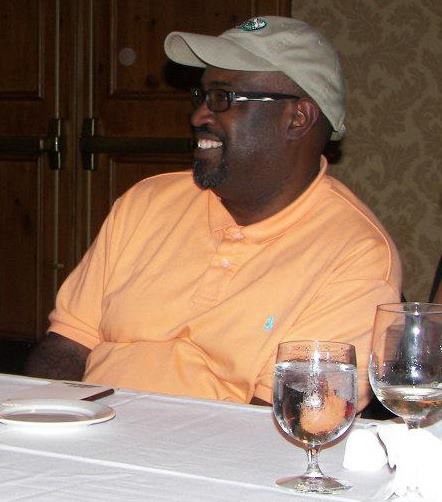 Where all have you lived in Winston?
I lived on Lynwood Avenue for six years in the West Highlands near Hanes Park. I also lived in Ardmore Terrace before then and now I live in Albert Hall near the research park.

Could you ever imagine leaving Winston? If so, where would you move?
I can’t imagine ever leaving the city. If I ever won the lottery, I would move to Seattle, WA for a year. Five years ago, I took a train to Seattle to see some old friends I met here in Winston. I had been a couple times before and I love it out there. 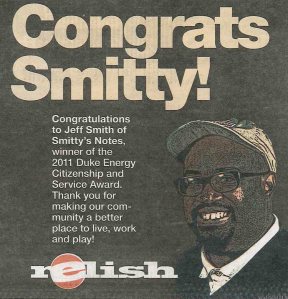 Where is your favorite place to go in the mountains?
I like to go up towards Asheville and stay in Black Mountain, which is right outside Hendersonville. It is harder to get there now, since it isn’t really handicap accessible. I do try to get there once a year. I used to be on the Advisory Board of the Z. Smith Reynolds Foundation and we would meet four times a year, in places all around North Carolina, so I really got to see a bunch of our great state.

What is your favorite name of our minor league team: Spirits, Warthogs, or Dash?
I like the Dash. It is unique and different. Bolt the mascot is hilarious. 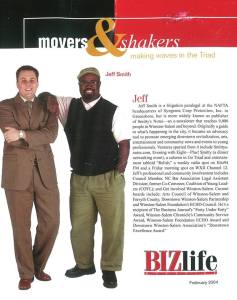 Are you more of a fan of Hanes Mall or Thruway?
Thruway. I like original things. Thruway is pretty cool. I roll down there and go to places like GNC, Trader Joe’s, and Dewey’s.

What are some of your favorite Winston restaurants that are no longer here?
Prince’s on the Park, Rainbow News & Cafe and the Rose & Thistle, which used to be near Baptist Hospital. In fact, some of the people that used to work there still work at the West End Cafe or downtown like Millicent Greason.

What are some of your best memories of the first nineteen years of Smitty’s Notes?
We had a dinner program for ten years, “Evening with Eight – Plus Smitty.” We had 65-70 different community leaders speak during that time. One thing I learned is that Winston-Salem has a Mayberry effect. You can walk up to any leader and ask questions and they will answer. I had the dinner to give people a chance to learn more about Winston, but we don’t need that program anymore because people have so much they can do now. The dinner ended in 2011, but I hope to bring it back next year for the 20th anniversary.
Smitty’s shares an events calendar with the Downtown Partnership, Visit Winston-Salem, and the Winston-Salem/Forsyth County Arts Council. The event’s calendar all goes to one place, and is beneficial to all the non-profits to share. We are probably the only city in the state where four different identities share the same event’s page. Our community has one goal, to make sure customers get what they need. We all have done a great job working together.
Clark Harper was the creator of Event-O-Rama (the events calendar) and was a big help to Smitty’s Notes. We didn’t argue the whole time he helped, and he was a great partner. He stepped away in 2009 and Everwondr took his place as the community event calendar.
We also started the “Best of Winston-Salem” Awards in 2006 and just had our 10th one last month. Before then, I saw awards around the Triad, but they were never Winston centered. I felt my brand was strong enough to work and it did. My awards has always been that you can nominate anyone, and it became wildly acceptable.

Do you know somebody that goes out of their way in Winston-Salem to be extra nice and helpful? If so read my Winston Giveback: Unsung Heroes post to see how to nominate this person by September 15, 2016. Click here for nomination information.